"210 000" is the second artwork from the "Halving blocks" series dedicated to the block where the first Bitcoin halving in history happened.
The composition is again a hexagon, representing a two-dimensional view of a three-dimensional cube with all 457 transactions at its core. 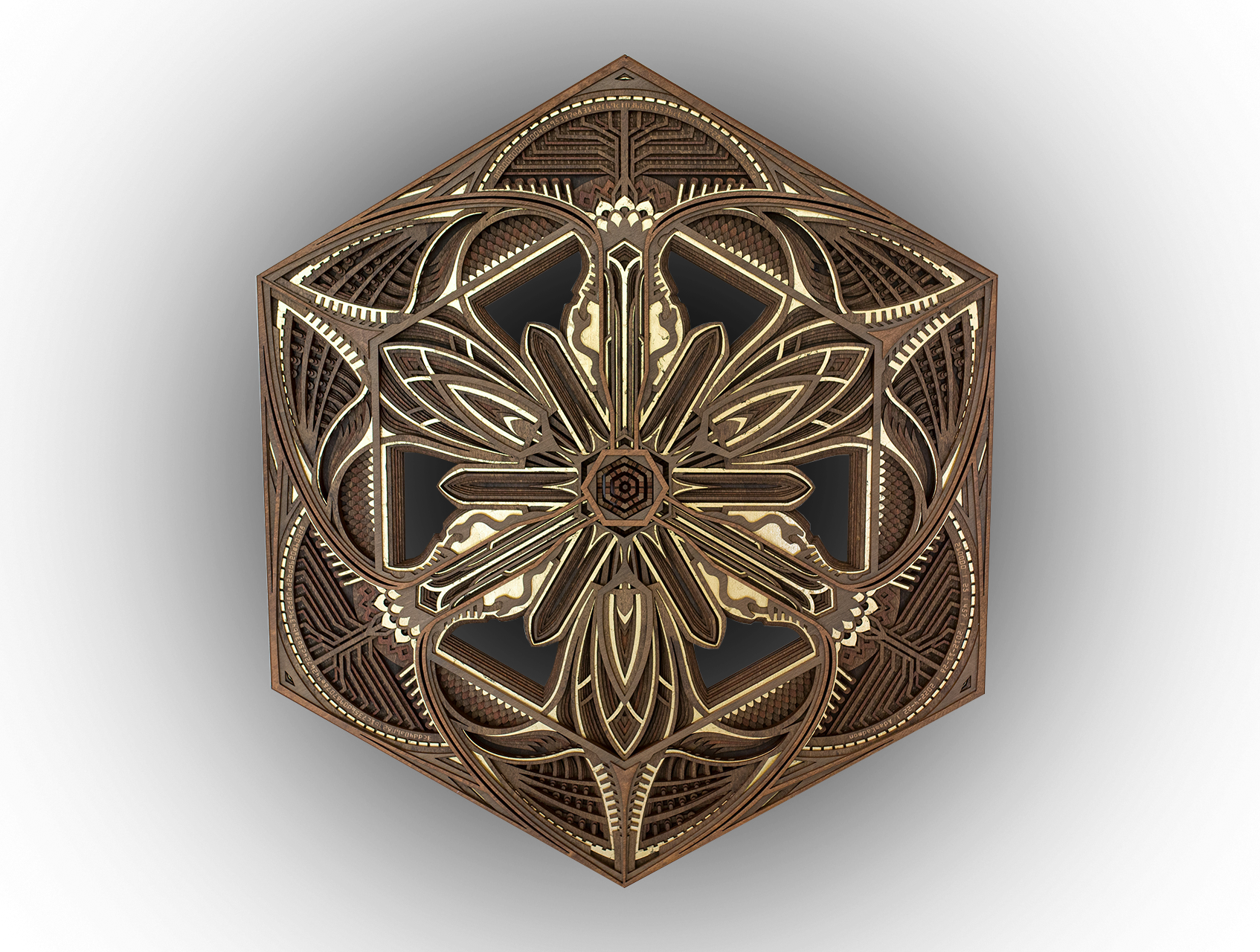 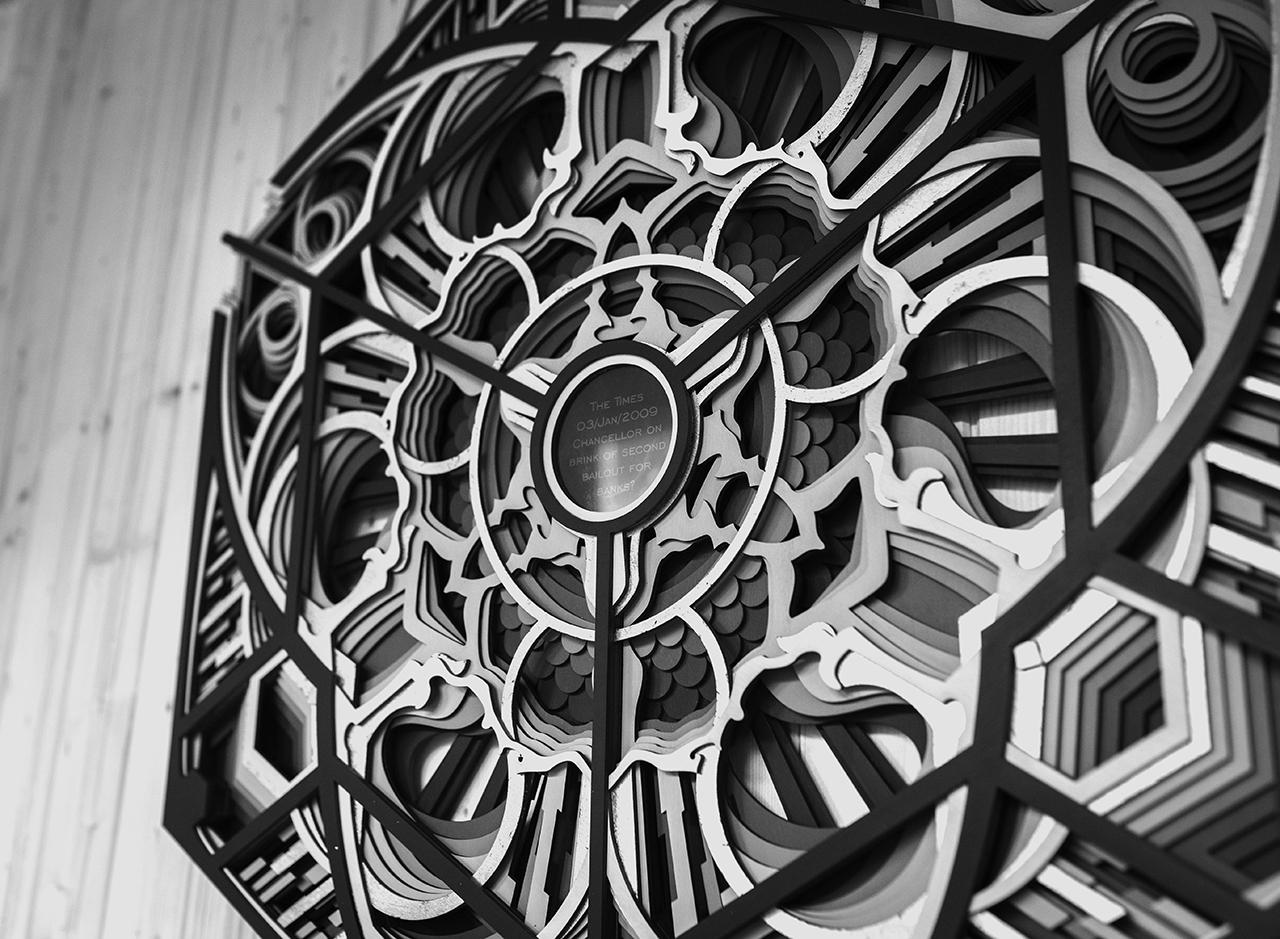 The fifth panel of the "Bitcoin Religion" series is specially designed for Bitcoin 2022 conference in Miami. The artwork's theme is perfectly in line with the theme of this year's conference, namely Bitcoin Renaissance.
The work is dedicated to one of the most significant people who ever lived, namely Leonardo da Vinci. Apart from the references in the text, which occupies a major role in the concept of the work, the fact that this is the fifth panel in the series played a perfect role in inserting a pun into the title of the work.

The Bitcoin renaissance is here . 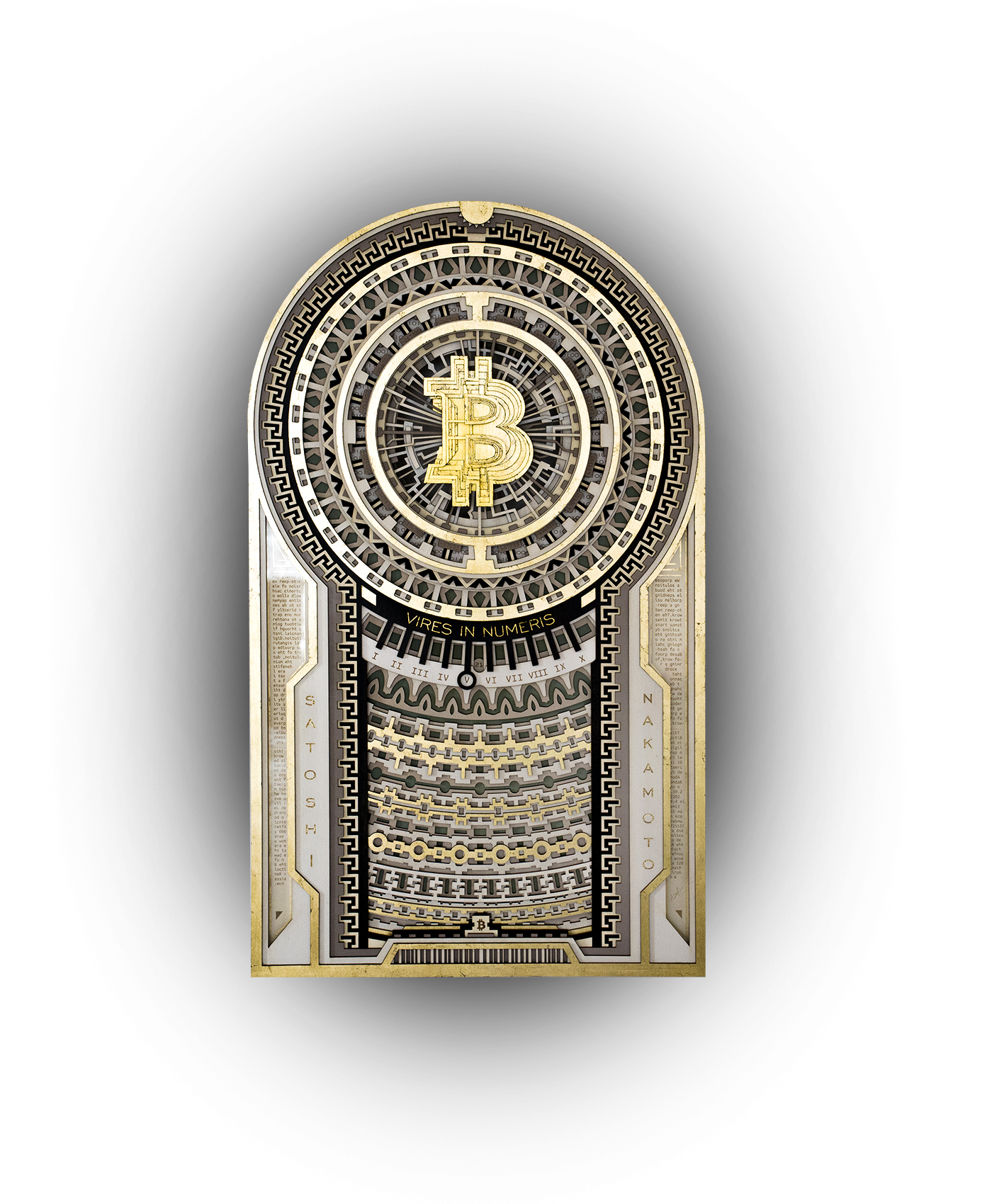 The Bitcoin Religion IV panel was auctioned at the Unconfiscatable Bitcoin Conference in Las Vegas 2022.
The design has gone through many changes. The quote "Vires in Numeris" has been included which has also been gilded with 23 carat gold. 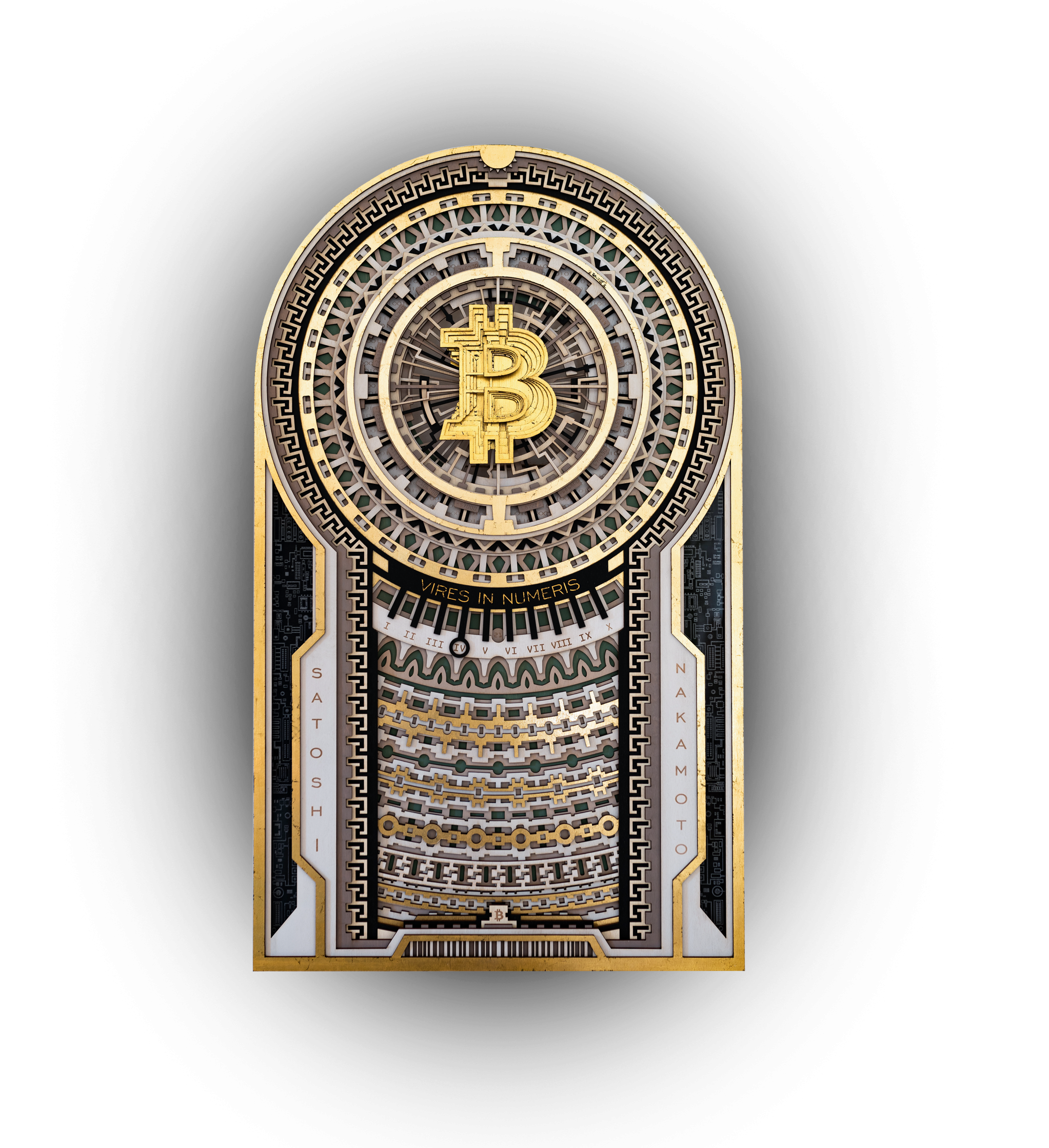 The first panel from the series "Halving blocks"
The panel is a three-dimensional representation of a cube, on a two-dimensional surface, by three-dimensional means. At the core of which, echoes the quote that Satoshi himself encoded, in the first mined block in the network.
"Chancellor on Brink of Second Bailout for Banks" 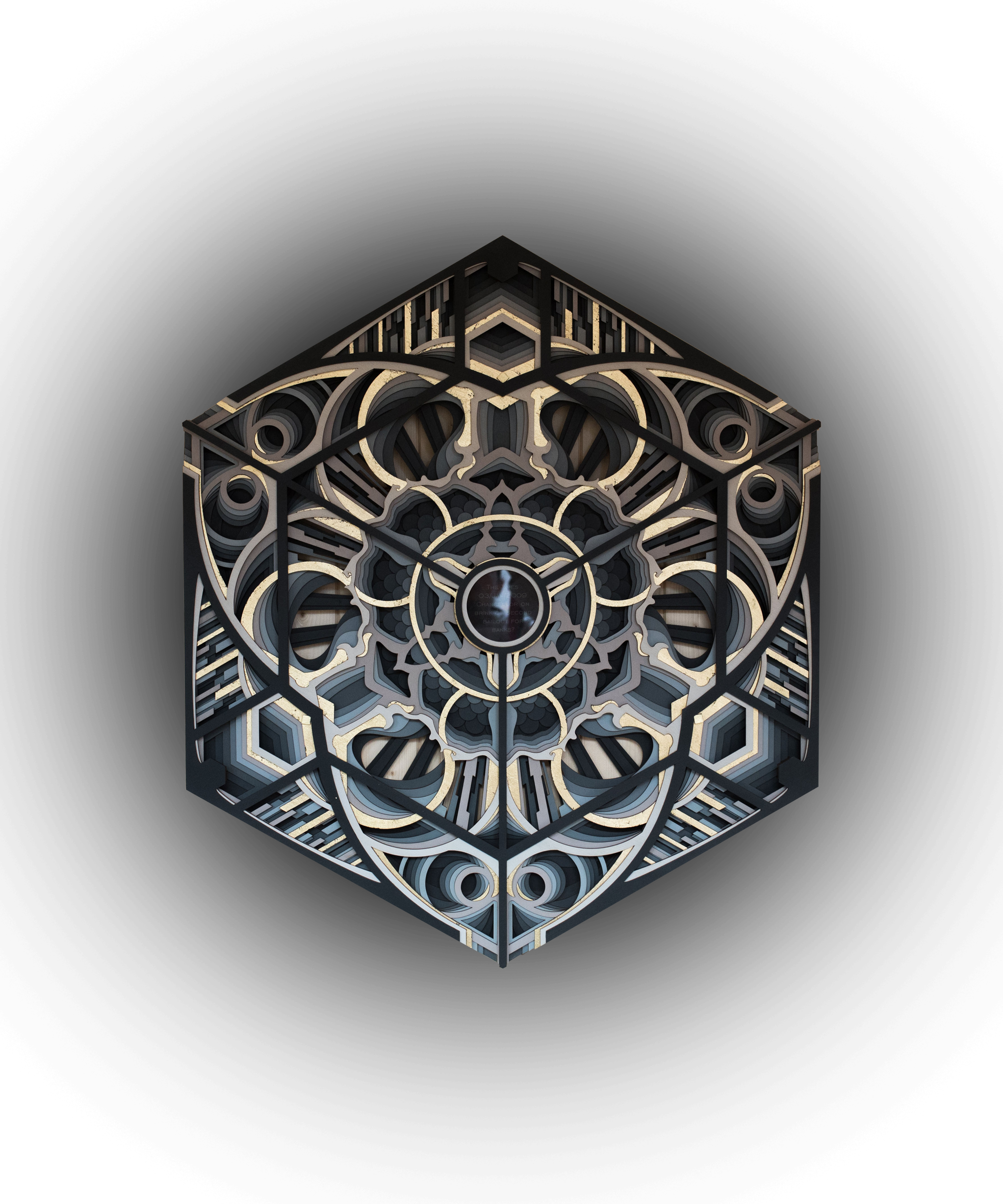 The third panel was sold on Scarce city.
For the second panel I chose more clean light tones. With them I wanted to embody the purity of this open technology in the artwork. Here we have two new historical blocks- The adoption of Bitcoin as legal tender in El Salvador, and the complete lock-in for Taproot technology. 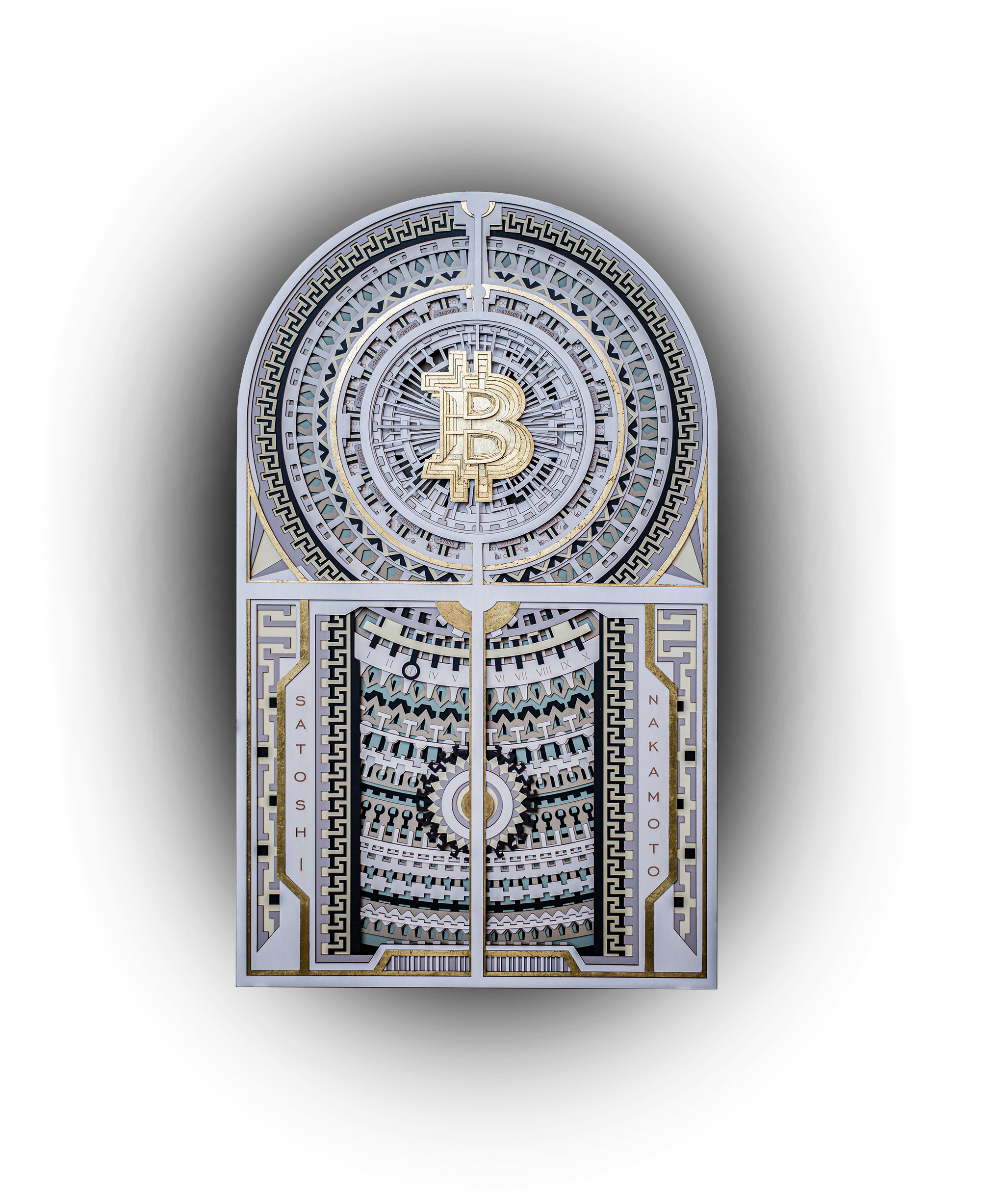 The Bitcoin Religion I

The first panel from the series was created for the Bitcoin conference in Miami 2021.

As for the genesis panel of the series, the palette of the panel was chosen in more classic tones. Apart from the Bitcoin symbol, the rest of the composition of the circle around it is also gilded with 23 carat gold. 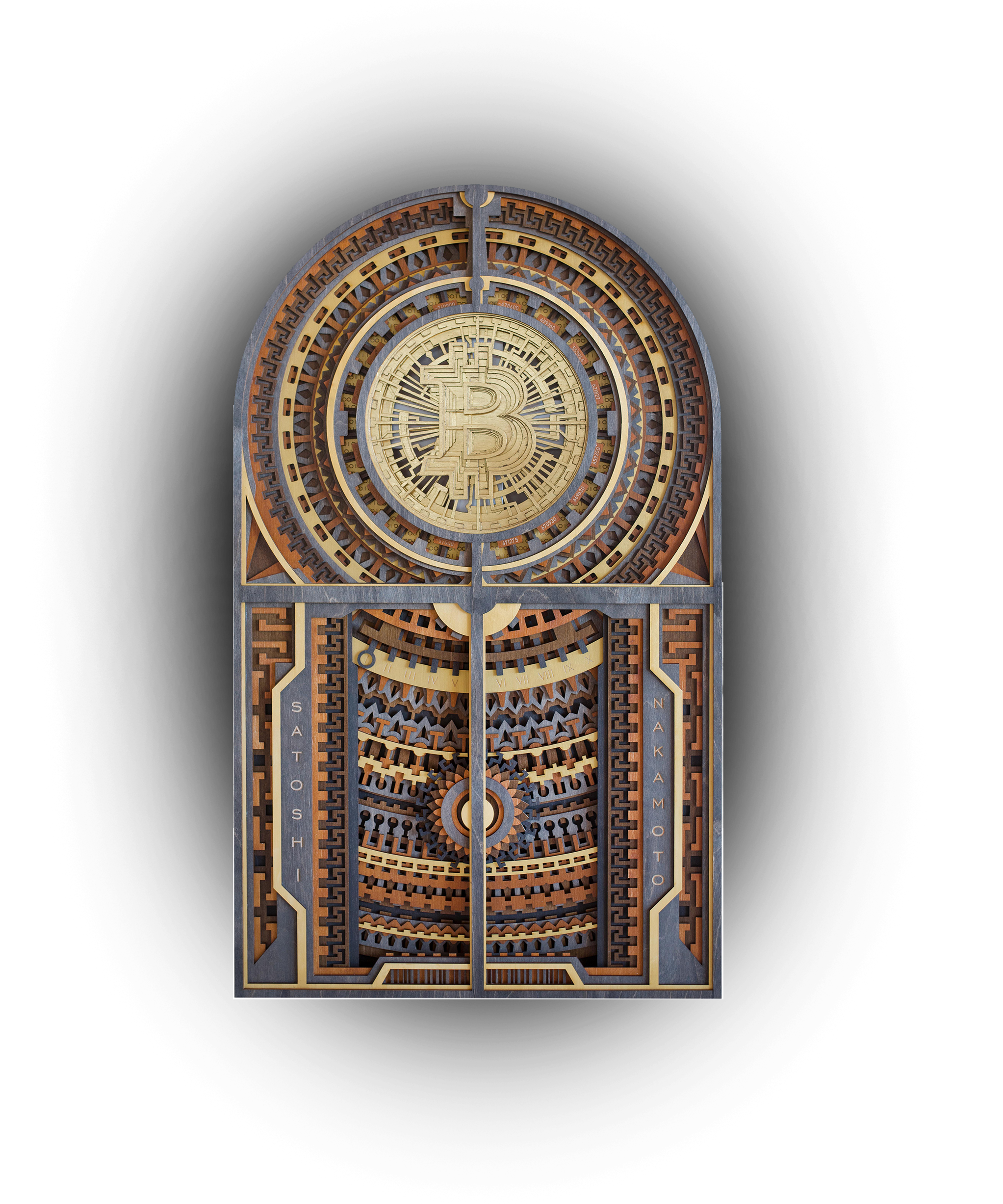